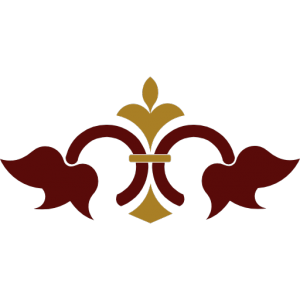 If you are looking for a spot in Cividale from which to admire a splendid glimpse of the Natisone, the perfect place is Piazzetta San Biagio.

Peaceful and silent, this square is the visiting card of the historic Borgo Brossana which, with its quiet and relaxed atmosphere, invites you to benefit from the slow and homely pace that distinguishes the life of this neighborhood.

The square is surrounded by pastel coloured houses that warm up the surroundings. The square also hosts the church of Santi Pietro e Biagio. This small sacred building, which in ancient times depended on the nearby monastery of Santa Maria in Valle, was built between 1482 and 1490 by incorporating in its structure three pre-existing chapels dedicated to San Giacomo, San Biagio and San Pietro. The dominant feature of this church are the frescoes on the external facade. The subjects painted by Gian Paolo Thanner around 1506 are inserted in a set of architectural elements that separate the different iconographic episodes. The interior has a single nave with an exposed trussed ceiling and two iconic side chapels that represent the most valuable elements.

Let's resume the journey for a more in-depth exploration of via Borgo Brossana, now quiet and a little bucolic, once of great fervor and strategic importance. This road section, in the past, represented the main transit of goods that crossed the Pulfero pass and where the even more ancient Roman road route passed, exiting Cividale and joining the road to Aquileia and continuing as far as Austria.

In addition to its strategic importance, Borgo Brossana district was appreciated at the end of the 19th century for the loom work. Picturesque and noisy, the crowded streets vibrated with the uninterrupted rhythm of the ticking of the looms that produced a wide range of fabrics for local manufacturers.

Advancing along the road you will arrive to a small square and a stone bridge. The latter, during the Venetian domination, represented the border between Italy and Schiavonia (Valli del Natisone), and crosses the Rio Emiliano which joins the Natisone after a jump of about 8 meters.

From the bridge it is also possible to see what was the third defensive wall (in the Venetian era) of the ducal town.

Borgo Brossana is one of the most beautiful places in town. In fact, the colorful alignment of the houses always offers unique details that catch our attention: the shape of a windows, the embroideries of the wrought iron grates, or the decorations of the house numbers, the chromatic shades of flowers or the discovery of small hanging gardens.

And we believe it is the details that give color to everyday life ;)